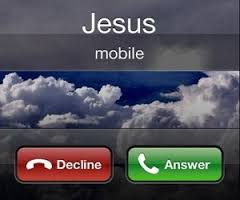 I think we can all say that we have heard that ,”God works in mysterious ways” but have you ever seen it up close and personal?  When you do,  it not only changes your own life but the person in which you reached out too.  I love God! I love and have personally experienced some of which I write about in my own life. I think that I truly realized tonight, is that

One thing I do know is once you recognize that you  are being used as a vessel for God’s work, it will change and impact lives like never before.

I wanted to share with you a story that has been going viral all over Social Media. Matt White was shopping in the evening time at Kroger’s when a young man by the name of Chauncy  Jones Black, a passionate, smart and articulate sixteen year old young man. What was so amazing about this young man is that he asked Matt for a pack of donuts, and in return he would carry out Matt’s groceries.I can honestly say that if that had happened to me, I would have been blown away! Let me explain, this young man was not asking for money, he did not have an ulterior motive, he was simply bartering for a pack of glazed donuts.Another amazing component to this story is that Chauncy selected a man to do this for him!  Wouldn’t he have had better luck asking a women with a couple of children running around, than a man in his thirty’s?  The article stated he road the bus all the way across town to the “nice neighborhood” grocery stores. I know he didnt want to come home still hungry! But ah….. God is working here!

But there is more, Chauncy not only got his packet of donuts, but Matt went right back in to the store and he and Chancy went shopping for a weeks worth of groceries!

I think that both Matt and Chauncy were obviously drawn together for a reason. One may never know what the purpose was for them coming together, or why either one of them were selected to participate in this life changing transformation. I can already see a life long relationship between them growing and deepening, but one thing for certain is that God was moving and they were in His presence!  As it became later in the evening, Chauncy had missed the bus, (God again) and Matt took him home and Chauncy introduced him to his mother. The story below will go on and on about how we as people can  learn to love, care and comfort others that fall into hard times. I can almost guarantee that is “pay it forward” will be used by  Chauncy when he becomes a successful business owner who also makes straight A’s in school.

The best part of the deal is Chauncy got his lawnmower!

“God does not call the qualified, he qualifies the called.” As I share Matt and Chauncy’s story pray that their will be an opportunity for you to be used as God’s vessel to bless and change their life, because it most certainly will, as well as your own life!  To be honest, it is sometimes hard to tell listening to all the videos on this, who is more excited Chauncy or Matt? I will let you decide…. Enjoy!